How to Write a Proposal Letter [With Samples & Templates] 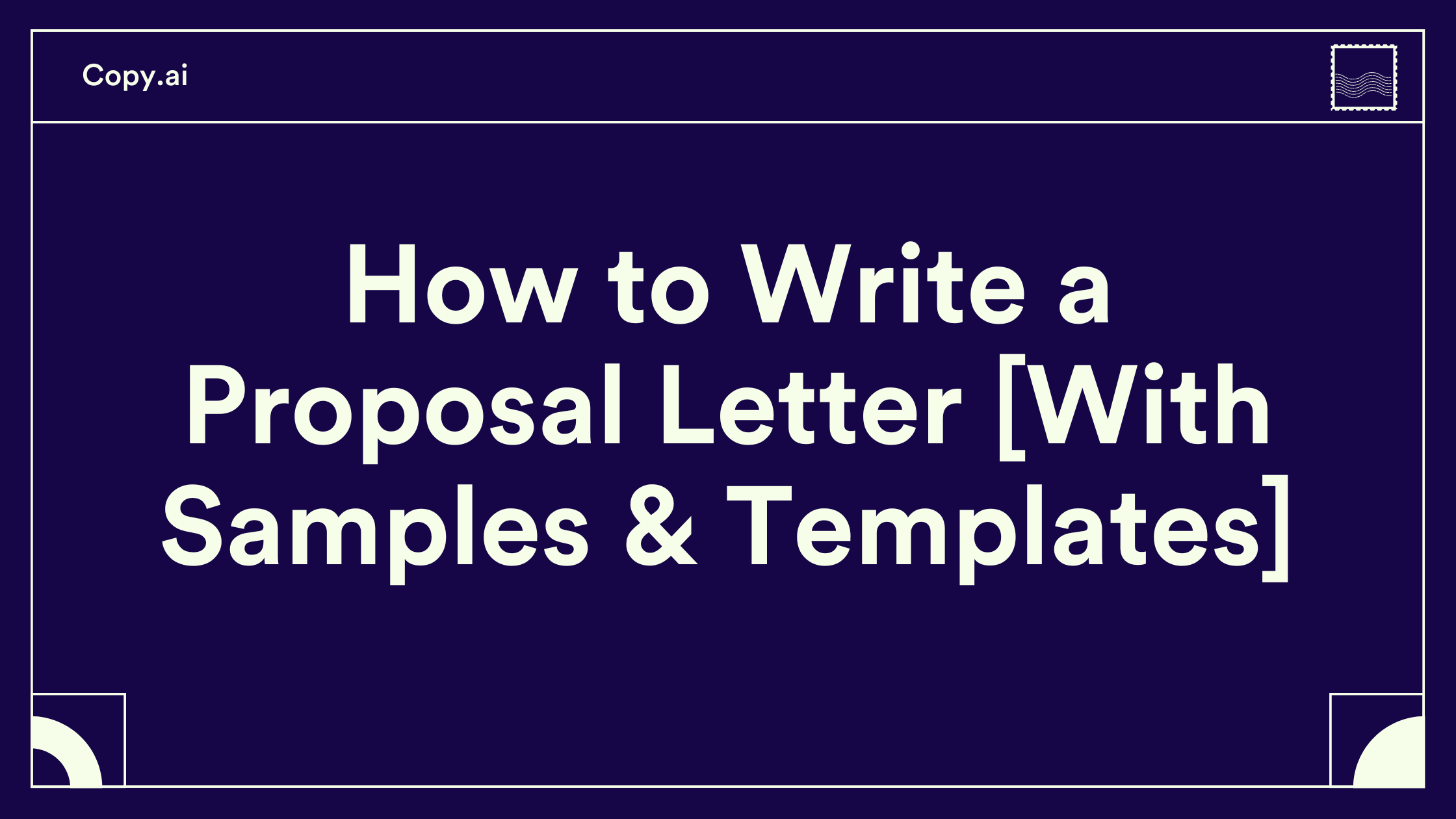 Creating a perfect proposal letter is a tall order because you are essentially placing your future hopes in the hands of a person who can make them happen. To persuade this person to give you the assistance you need requires that your proposal be top-notch.

But how do you write a proposal letter?

Do you know the best practices for writing a proposal letter to a prospective client or potential partner?

Let’s show you what you need to know to create a compelling proposal letter.

What is a proposal letter?

In the simplest of terms, a proposal letter is a document designed to persuade a secondary party that they should make a favorable decision toward the writer of the document's proposal.

A proposal letter can also be a cover letter for a potential client at the beginning of a longer business proposal.

A proposal letter should be informative to the reader. It should detail your goals, what form of assistance you need, and how you plan to achieve its objectives

with the backing you receive. Proposal letters can be used in business, academics, or local government.

There are two types of proposal letters that you can write: solicited or unsolicited. The difference between the two is significant because they establish a context in which the recipient receives your proposal letter.

If your proposal letter is a solicited proposal, an outside party has reached out to you with an idea and wants to hear your proposal of how to make it happen. A solicited business proposal has a greater chance of success right out of the gate because the contact has already approached you.

When businesses are looking for services, from a marketing agency for example, they send out requests for proposals (RFPs) so that agencies and other companies can pitch their services and pricing to the business.

When a company knows what needs to be done and what it will take, they will send out an invitation for bids (IFBs) to vendors and contractors to submit their bids so they can show that they can provide the work needed at their pricing within their project proposal.

In what scenarios are proposals used by organizations?

A variety of organizations and institutions use proposals when seeking business opportunities. Here are a few examples of when they would need to write a business proposal letter with their proposal.

Businesses seeking a loan from a bank usually require a proposal to the bank showing how big of a loan they need, how their business will make money to pay it back, and the collateral they offer.

Similar to bank loans, businesses, startups, restaurants, and retail stores may also write a grant proposal or seek financing from investors. Your grant proposal or proposed idea to a potential investor will show what you need and how you will use the capital to make a profit.

Agencies and similar businesses will write detailed proposals to potential clients to show what services they offer and solutions they can provide for those clients. In this scenario, they can solicit these proposals when there is a request for proposals or send unsolicited proposals to garner more business.

These businesses usually send proposals when requested for certain jobs or when companies seek certain products from suppliers. Sometimes the lowest bid or price gets the job, other times it is a mix of showcasing that you can provide quality work within the budget and scope for the job.

What is the format of a proposal?

A good proposal letter is made up of many components. You cannot simply do a few paragraphs where you detail what you want and then hope the receiver of the letter says “yes”. Use the following elements and structure to create a winning proposal letter that can persuade.

This may seem fairly obvious, but the first thing that you need to do in your proposal is to introduce yourself. It does not matter if you already know the person you submit the letter to. Your introductory paragraph should at least serve as a brief reminder of who you are and what you have accomplished in the past.

Purpose of the proposal

When you outline your goals, you need to outline any potential obstacles that could impede you from achieving your goals. This is important because it will give the receiver of the proposal a realistic idea of what could potentially go wrong. If they choose to back your proposal while knowing the risks, then there will likely be no animosity should those risks come into play.

If you should somehow exceed the goals you lay out, you will only look better to the receiver of the proposal. This can potentially give you leverage down the road with any future proposals.

One of the most important parts of any proposal, particularly a business proposal, is highlighting the budgetary needs to meet the proposal's goals. You need to be fully transparent here about your needs because financial honesty is a bedrock of trust in getting a proposal approved.

Outlining the budget can be a bit of a tightrope for the proposer. If your estimate for the project is too high, you risk not having your proposal approved. If you low-ball the budgetary needs, you compromise on getting approved without the necessary budget to achieve the goals of your proposal.

Asking for too small a budget could put you in the position of needing to ask for a budget increase later on. This could cause friction with the receiver of your proposal and possibly damage your relationship.

Above all, be open about your budgetary needs. You need a complete and detailed list of needed things and what they will cost. This will give the proposal recipient a realistic idea of what to expect the proposal to cost once everything is in motion.

Explain how the proposal can be beneficial

Now that the goals of your proposal are known, you need to explain the benefits of your proposal. Is your proposal something that could make the other party money? Is it a humanitarian effort? Does it come with some other benefit that is not immediately obvious?

Whatever the benefit of your proposal, it needs to be impressed upon the receiver that supporting your proposal is worth their while. There must be some sort of investment return for their money or time. Do what you can to make the proposal's benefits seem exciting and worth taking the time and risk on.

Clarify how you can see the proposal's goals to completion

It is one thing to make a bunch of promises to the person your proposal needs the approval of. It is another thing to deliver them. You need to be able to explain to the receiver of the proposal just how you intend to go about bringing the goals of the proposal to completion.

One of the best things you can do is provide a detailed breakdown of your action plan. Explain thoroughly how you plan to carry out your proposal plan. Give examples of achievements you have made in the past as evidence of your ability to see it through to completion. This will go a long way in engendering the faith in you the potential backer will need.

The last paragraph of your letter should be a call to action for them to act on your proposal. Be sure to neatly sum up your points about what makes your proposal a worthwhile endeavor. Emphasize that none of the proposal's benefits will come to pass without their backing.

Ensure that your contact information is in your call to action so they can give you an answer. Include a phone number (perhaps even an additional phone number), physical address, and e-mail address. Be sure to also include any potential business hours in which you are available.

One of the most important parts, and often the last part, of submitting your proposal letter is following up with who you sent your letter. You want to give them a decent amount of time to have been able to read your proposal letter, but you do not want to let too much time pass either.

Sometimes follow-up on your side can end with you getting the results you want, particularly if the receiver of your proposal is busy and has not had time to respond.

Here is a sample proposal letter template you can tweak based on your specific project proposal.

How not to write a proposal letter

Knowing how to write a proposal letter is one thing, but as the old saying goes, you can still do everything right and end up doing something wrong. You can do many things to sabotage an otherwise well-written proposal letter. Here are the worst things you can do.

A proposal letter is not begging for help. Some make the mistake of writing a proposal letter that emphasizes that the subject of their proposal depends on the person they address it to. Doing so is a quick way to stop that person from wanting to help you.

It is one thing to impress upon the receiver of the letter that their help is needed, but you do not want them to decide from a place of pity. Doing so will likely cause them to find your proposal pitiful, for lack of a more appropriate word.

A formal proposal letter is also not demanding. Don't make the mistake of trying to impress upon the receiver of the letter that they have some perceived obligation to help you. Remember that it is you who is asking for their help or approval. You are not doing them any favors by “giving them the chance to get in on the ground floor” of your proposed venture.

Another bad move that you can make is downplaying the necessity of the recipient's approval. Trying to seem somewhat aloof to appear confident or not appear desperate can backfire. The recipient of the proposal may question why you are submitting a proposal at all if you are putting on such airs.

Whatever the reason for you writing a proposal letter, hopefully, this helped to break down the sections and format of proposal letters while providing tips for do’s and don’ts to write an effective proposal letter that leads the way towards closing a deal.
‍

‍
How to write a proposal letter is part of an ongoing series on how to write effectively in today's world. The content and tutorials on this topic include, but are not limited to:

How to create a writing portfolio

How to Write an Artist Statement

How to Write an Argumentative Essay

How to Write a Scholarship Essay

How to Write a Query Letter 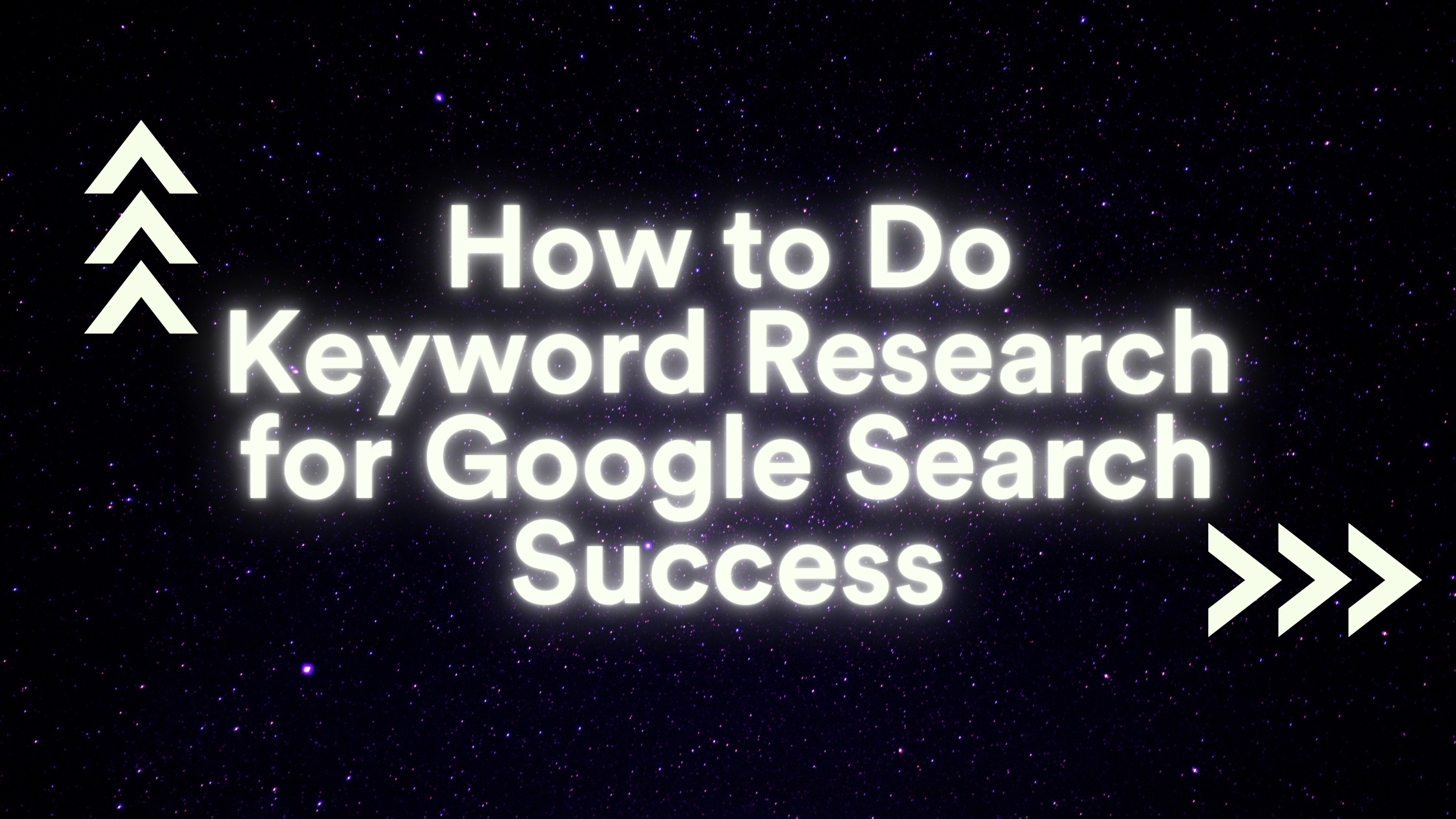 How to Do Keyword Research for Google Search Success 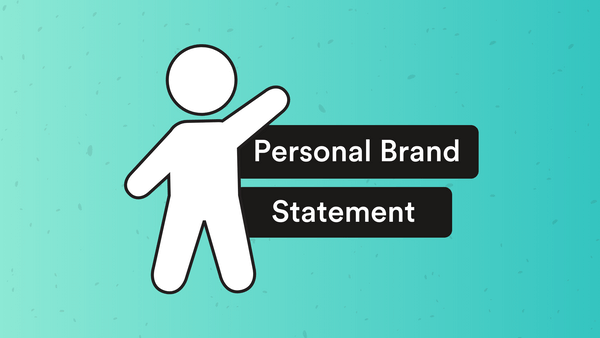 How to write a personal brand statement